Belt Embroidery & How we do it! 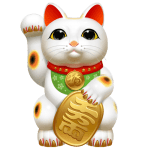 Few people can produce embroidered karate belts the way we can! 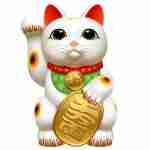 Japanese is a complicated language. A dictionary just won’t give you what you need.

We only embroider karate belts and uniforms and after 20 years we are really good at it!

Our service is fast, reasonably priced and personalized. If you have any questions whatsoever, please call us. 818 889 3856.

In 1964, the Tajima Company of Nagoya, Japan, developed the industrial embroidery machine to embroider ladies’ formal kimono sashes (obi), as the cost of hand embroidery had become prohibitive. We took advantage of this technological breakthrough to overcome the long-standing problem of defacing karate belts by oversewing the embroidery design when assembling the belt. Originally, the machine operator would guide the single layer of belt cover fabric through a swing-needle sewing machine with both hands to produce an embroidered design. He created the design by moving the material backwards and forwards with his hands, controlling machine speed with his left foot, and the width of the zig-zag with a pad operated by his right knee. This required great skill and a lot of experience; It was impossible to correct anything afterwards. The black belt fabric would often show through the (gold or red) embroidery thread, spoiling the effect entirely.

In 1975 we became the British national distributor for the Tokaido company while their uniforms were still being made in Japan, and soon afterwards, their second-largest foreign distributor. As we have always been 50% Japanese-owned, we started importing custom-made embroidered belts from Tokaido around 1978. Unfortunately, they took a long time to arrive, they were costly, and the factory still did not have the commercial machines capable of embroidering all the way through the belt.
We decided to “do-it-ourselves” and spent months researching but found no answers. The new computer-controlled embroidery machines did not have the large Japanese fonts we needed, and what computer software there was tended to be primitive and expensive. Custom embroidery, we discovered, was a secretive world, and the inhabitants wanted it to stay that way!
Coming from a graphics/book publishing background, we were able to modify existing, stable software to match our needs. Then we reference point scanned every character in the Japanese ‘alphabet” by hand, creating a collection of around 2,500 images in two distinct fonts at about double the size of our largest anticipated work output. After a certain amount of tweaking, we found the right combination of stitch density, sewing speed and thread tensions that gave excellent results consistently.

We soon determined that to produce truly superior Japanese karate embroidery we needed to:

…buy the biggest and best Japanese made, multi-needle industrial embroidery sewing machine available, in our case from Tajima Industries, Nagoya, Japan the inventors of the automatic embroidery machine.

…train our Japanese speaking staff to use the proprietary software we had developed to individually  digitize our own Japanese characters and designs in order to optimize their quality regardless of their reproduction size.

…never compromise on embroidery materials-therefore we use only German made Madera threads and Groz-Beckert needles that cost as much as 300% more than those of other makers.

Every belt is a custom project

You Work Exclusively with your own embroiderer

You worked hard for that belt, wear it with pride!

How to Order Your Black Belt
Please read the directions below and follow them carefully. Our belts are custom made; in others words, made for you and you alone. Therefore, the more input we get from you, the happier you will be with the unique product you will receive.
Important Points
1.Decide on the type, color and size of belt that you need; numerical sizes vary from manufacturer to manufacturer, so carefully measure a belt that fits you well.
2. Go to our embroidery section and choose the type, color and location of the embroidery you need.If the design are the same length, we can remove the belt label for a small extra charge.
Remember that embroidery looks best when it starts around 2” from the belt tip and ends around two inches from where the belt is tied into a knot, If you decide to embroider both sides of your belt, order the designs separately and remember that it will look best if the shorter of the two embroidered designs goes on the end where the label is sewn.
4. When you have submitted your order, please call us on 818 889 3856 so we can discuss the layout with you so we produce exactly the belt that you want.
Best Quality

get to know Your Embroidery Consultant

To ensure your complete satisfaction you will deal with the same embroidery consultant from start to finish.

Listen to our Advice

We can save you time, money and anguish. We are very experienced and will spend as much time with you as necessary to create the belt that you really want.

Remember the Japanese proverb: “To ask may be a moment's shame, but not to ask and to remain ignorant is an everlasting shame.” So, ask away! Call 818 889 3856 We are here to help and take pleasure in doing so!
client satisfaction
97%
Correct completion of order
99%
Ship within 72 hours of receipt of order
97%
Durability
98%
Embroidery Q and A
What are the rules about embroidery?

Different dojo may have suggestions they would like you to follow, so ask before ordering embroidered belts or uniforms. However, the belief that embroidery is not allowed is a fallacy.I have never trained at or even heard of a legitimate dojo where embroidery is banned.

Don’t try DIY and use a dictionary. Japanese is a very different language from English and things can go badly wrong if you do. Also, accept the fact also that some things just don’t translate because they are not common to both cultures. If you order your embroidered belts and uniforms from us we will provide you with perfect translations, free of charge. We guarantee that they will be correct!

How much does it cost?

How long does it take?

All embroidery is done “in house” in our own studio, therefore we can usually ship your belt order within 72 hours of receipt.

Can I depend upon your information.

As we produce much of what we sell we are able to offer a unique personal service to our customers. Just call us on 818 889 3856 and you will speak to someone who has spent their entire career dealing with quality martial arts equipment. If we don’t have what you are looking for we will tell you just that!

Can I return the belt if I don't like it?

As with all custom made items the answer is no! The reason we work so closely with you during the design stage is to make sure that this does not happen!

I'm still not sure!

If you are in any doubt whatsoever please call us and we will help you. Please remember that we have been around for a long time and all the senior instructors know us and recognize our work. Therefore we will not do anything that would embarrass you, or us!

If you are not sure how to order and have questions, please do call us and ask to speak to one of our embroidery specialists. This is also a good way to place your order as in the case of custom orders they will need special information from you as well. We are open from 8:00 AM – 8:00 PM Pacific Time Monday – Saturday. You can also e-mail directly to mamasan@dragon-tsunami.org

Japanese custom embroidery is a very specialized field in which we have a great deal of experience. Please have all your questions ready and we will speed you through the process and make it as easy and stress free as possible!

Make sure that your black belt is well made, expertly embroidered, and the Japanese is correctly spelled. Meijin guarantee all three! Hanshi (範士)
The highest grade for active instructors in kendo, aikido, karate, judo, kyudo, etc. The candidate must be a person of excellent character and reputation, must have achieved at least 8th dan in a recognized school, have held the rank of Kyoshi for at least ten years, and be at least fifty-five years old. The candidate must also have made a very significant contribution to his art as an author or teacher, for example.
This title is considered a prerequisite for higher dan grades and the titles “Meijin”(名人)and “Shihan”(師範)

Kyoshi (教士)
A Kyoshi was responsible, in feudal times, for training a squad of soldiers. Candidates must be above forty-five years of age, sixth dan or higher, and have held the rank of Renshi for at least five years. They must be of good character, posses an exceptional level of skill, and undergo strenuous practical and written examinations before receiving the award.

Renshi (練士)
A Renshi is, in an historical sense, a man who leads a group of soldiers by virtue of his superior technical ability. He must be at least thirty five years old, have held the rank of fourth dan for at least two years, and be a person of exceptional physical and mental ability.
After Japan became a Constitutional Monarchy at the end of the Tokugawa period this ranking system replaced the traditional method of awarding a Menkyo Kaiden (免許皆伝) to students upon their mastery of a martial system.
In family based systems, when the most capable student was not a blood relative, he would be formally adopted to continue the family tradition and become the next Soke (宗家).

Meijin Senpai Belts.
This is an actual example of our new SENPAI belt as used by the Tenchi Dojo in Dalton, GA. The belt costs just $9.95 and the five embroidered characters “Tenchi Goju Ryu,” $20.

Order Your Belt!
0
0
Your Cart
Your cart is emptyReturn to Shop
Continue Shopping
Products you might like
Calculate Shipping
Apply Coupon
Unavailable Coupons
hwbjk2vp Get $15.00 off Free Embroidery